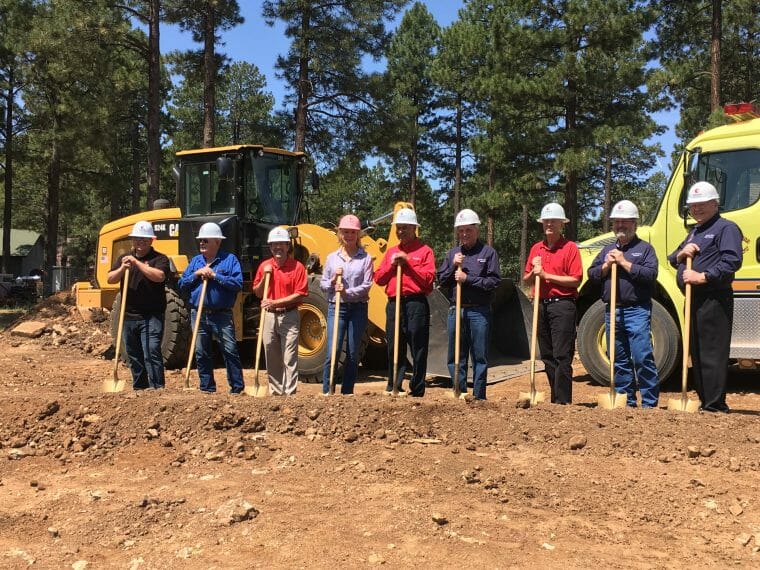 It was a very nice community turn out on this beautiful sunny day for the construction groundbreaking of a new 5000 square-foot Forest Lakes Fire Station on Monday, July 10th.

In Chief Rodriquez’s words “This has brought us into the 21st Century and will increase our capabilities.” This much-needed facility actually began 11 years ago in July 2006 commencing with architectural plans, financing, and much generous help and involvement from the community. After a 3-year capital raise, the goal was met and the project team named to include Bruce Scott of Gilbert as the Architect and Caliente Construction as the General Contractor. The building’s projected time of completion is mid-December 2017.